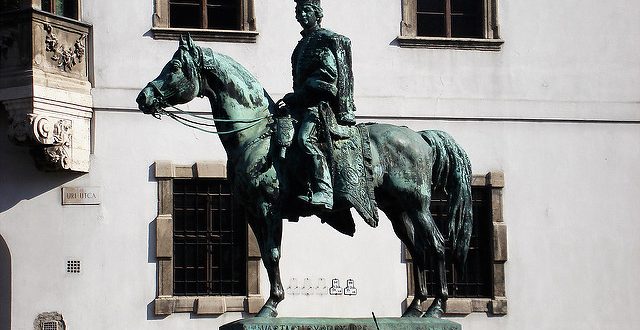 Statue of Andras Hadik in Buda Castle by B. Fakhamzadeh

The iconic Hungarian hussar (most famous Hungarian army unit from the 18th century) and favourite soldier of Maria Theresa, Andras Hadik – called the Hussar of all hussars –  became the governor of Bukovina and the president of the the highest military rank within Austria-Hungary within a blink of an eye.

He was born as a simple nobleman but due to his intelligence he rose steadily in the military hierarchy and gained fame for his brave actions using tricks and surprises.

The Seven Years’ War (between 1756 and 1763) split Europe into two parts, with Great Britain and his allies on one side and France on the other.

In 1757, when the Prussian King Frederick (supporting Great Britain) was marching south with his powerful armies, Andras Hadik unexpectedly swung his 5,000 hussars around the Prussians and took their capital Berlin. Luckily, the city was spared, but only for a significant amount of money of 300,000 thalers (silver coin used for 400 years in Europe), which Hadik distributed among his soldiers.

The statue was erected in 1937 with the aim of recalling the cult of Hungarian hussars.

Andras Hadik, sitting proudly on his horse in his captain’s uniform is an excellent representation of the Hungarian military bravado.

Reputedly, touching and stroking the testicles of the horse brings everyone good luck.

Address: on the corner of Szentharomsag and Uri street, Budapest 1014 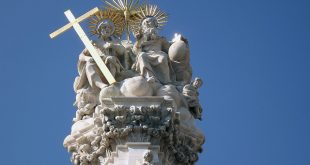